Author Noah Gordon has had a strong attraction for some of our Nevermore readers, with his book The Last Jew being the subject this week.  Set during the Spanish Inquisition, the story centers around a young Jewish man named Yonah who is the son of a silversmith.  After his father and younger brother die, Yonah keeps a low profile, working as a farmer, shepherd, and apprentice to an armor-maker while holding on to his Jewish faith.  Our reviewer likes all the historical research that the author puts into his works and enjoys the characters.  Regular readers of the Nevermore report will remember that Gordon’s titles have been a fairly regular feature at meetings over the past few months. 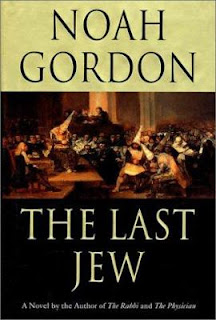 True survival stories often entice one of our regular members, and this time she had praise for Island of the Lost by Joan Druett.  This is one of those “stranger than fiction” stories about two ships which both wrecked near the same island in 1864. Unaware of each other, the two crews set out to survive the inhospitable Auckland Island conditions which included freezing rain and high winds. One crew worked together though they spoke different languages; they taught each other and even taught some to read and write.  They were able to rescue themselves. The other crew fared less well, shall we say.  Our reader highly, HIGHLY, recommended this book.

Obachan by Tani Hanes is also a true story, that of Hanes’ grandmother.  Born in rural Japan in 1916, Mitsuko wanted very little from life: mainly just a sleeping mat to call her own that she didn’t have to share.  As the oldest of eight children, she didn’t have that luxury and soon she was hired out to help pay her family’s debt.  She was pressured to marry a man her family chose. Despite it all, she strove to build a life for herself.  The Nevermore reviewer particularly enjoyed learning about the Japanese culture. 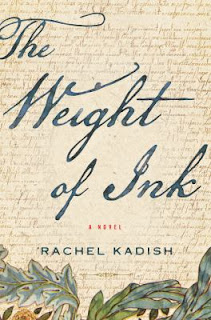 When her time came to share, a member started discussing The Weight of Ink by Rachel Kadish when it turned out that someone else had just read it. The book is about a cache of 17th century Jewish manuscripts discovered hidden in a house.  The story goes back and forth in time from the present day scholars who are trying to learn about the manuscript’s author and the author herself. Both reviewers agreed that the beginning was slow and that it was more than a bit wordy in places, but felt it was still a good book.  The current reader praised the blend of intrigue and mystery, as well as good writing and the strong historical component. 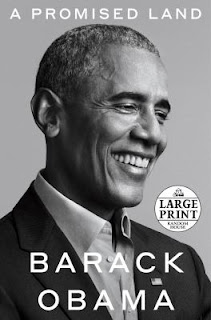 A Promised Land, the new memoir by former president Barack Obama, was named as a book in progress by our next reader.  She said she was particularly interested to seeing how he formulated some of his policies, and was happy to note that he began addressing the subject fairly early in the book.  She will discuss it more after she has finished it. 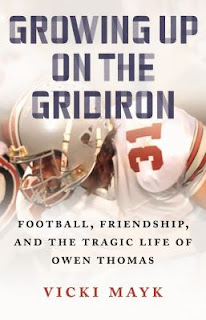 Finally, the staff member brought up the book she was reading:  Growing Up on the Gridiron by Vicki Mayk.  It’s the story of Owen Thomas, a star athlete, scholar, and magnetic personality whose life ended in suicide.  Questions have arisen as to whether or not football played a role in his death, and the book examines some of the questions surrounding CTE (Chronic Traumatic Encephalopathy.)  It’s well-written and non-judgmental, and brings up a number of questions for which answers are still being sought.

Email ThisBlogThis!Share to TwitterShare to FacebookShare to Pinterest
Labels: Druett, Gordon, Growing Up on the Gridiron, Hanes, Island of the Lost, Kadish, Mayk, Obachan, Obama, Promised Land, Weight of Ink