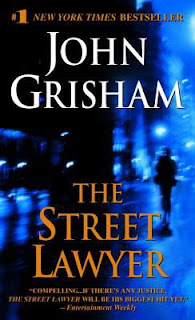 One of the joys of Nevermore is that the members read so widely: fiction and non-fiction, thrillers and classics, new books and old.  This time, John Grisham’s 1998 novel The Street Lawyer was the first title discussed.  Michael Brock is an up and coming lawyer at a prestigious firm when a life-altering encounter with a homeless person puts him on another path.  Our reader was impressed with way that the book dealt with some of the issues that homeless people face and thought the ending was wonderful. 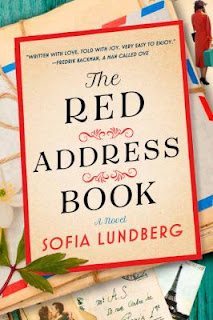 The Red Address Book by Sofia Lundberg was originally published in Swedish.  The story revolves around an elderly woman whose address book evokes memories of important people in her life.  She wants to share her memories with her American granddaughter, so she goes through the address book and writes down the stories connected with the names.  Our reviewer thought it was a very moving little book. 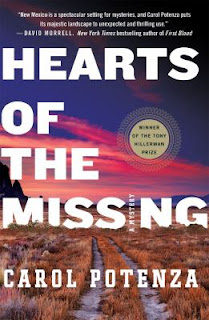 The Tony Hillerman Award is given annually to a debut novel set in the American Southwest.  The 2017 winner was Hearts of the Missing by Carol Potenza, which is set in the Sky-Fire Pueblo in New Mexico.  Sgt. Monique “Nicky” Matthews takes on a missing person case that seemingly ends when a body is found.  Although the authorities rule the death a suicide, the victim’s family believes it to be murder—and so does Nicky, who soon finds more cases of missing indigenous people.  The Nevermore reader said it was a bit scary, and she learned a lot about the Navajo and the effect casino money had on a community. 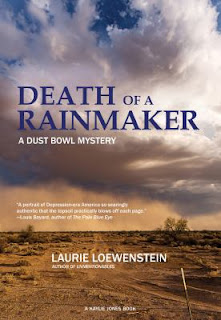 Death of a Rainmaker by Laurie Loewenstein is set in Oklahoma in 1935 where a community is struggling with drought conditions.  In desperation, the townspeople hire a rainmaker who claims that he can bring showers by using TNT. When the man turns up dead, a young man from the local CCC camp is blamed. Sheriff Temple Jennings investigates the case, creating some conflict with his wife who believes the chief suspect is innocent. Our reader thought it was an excellent book.  The Dustbowl setting comes alive as characters deal with crop failures, foreclosures, and deadly storms. 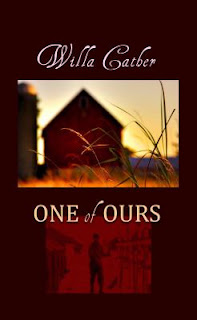 A classic novel caught the fancy of the next reviewer.  One of Ours by Willa Cather is set during the first World War, beginning in Nebraska where an idealistic young man feels trapped by a way of life.  Somewhat estranged from his family and unhappy with farming, he finds a way out by joining the army to fight in France.  The descriptions of both France and Nebraska are wonderfully done, though in some ways the book presented a romanticized view of WWI.  However, it is not a pro-war book; it’s more about the restless nature of Americans searching for a new frontier, a new challenge.  Cather lost a cousin in that war, and his letters home influenced some of the writing. 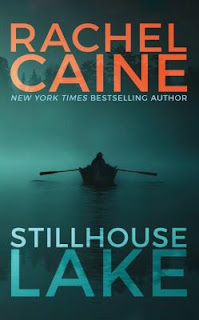 Finally, Rachel Caine’s novel Stillhouse Lake kept one reader entertained.  Gina Royal has a good life as housewife and mother: she loves her husband; her children are happy and healthy. Then her husband’s secret life as a serial killer is uncovered and Gina finds herself accused of being an accessory. Although she is acquitted, there are those who still hold her responsible and seem determined to make her pay.  It was a real page-turner, according to our reviewer, even though some parts were a bit formulaic and there were some graphic descriptions.  If thrillers with serial killers are your cup of tea, you may want to pick this one up.
Posted by BPL Ref at 11:33 AM