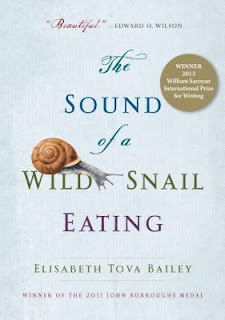 This week, Nevermore started out with The Sound of a Wild Snail Eating by Elizabeth Tova Bailey.  When Bailey was bedridden by a mysterious illness, a friend brought her a snail.  Though puzzled by the gift, Bailey discovered unexpected solace in watching the snail live its own tiny life.  She learned much about the snail, how it lived and how it ate and how it moved, and, with the help of that one tiny, underappreciated creature, she discovered new ways of enduring her illness.  Our reader found The Sound of a Wild Snail Eating to be enlightening.  She noted the book becomes a little technical in some places; however, she said she found it interesting and easy to read.  Moreover, she was impressed by the survival techniques Bailey employed to cope with her extended illness.  She thought it was fascinating how the human brain works to keep a person alive and sane. 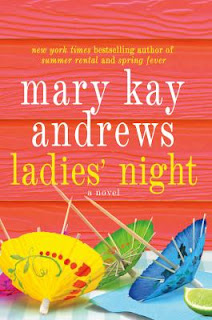 Next, Nevermore checked out Ladies’ Night by Mary Kay Andrews.  Grace Stanton’s life was perfect:  she had a palatial home, a popular lifestyle blog, a decent (so she thought) husband—that is, until she discovers her husband cheating on her with her assistant and drives his pricey sports car straight into a swimming pool.  Now, Grace finds herself locked out of her home, her bank account, her blog, and sentenced to court-mandated “divorce therapy.”  Although she’s reluctant to deal with the divorce coach, she finds herself forging unexpected friendships with the other ladies of her group and discovering closure isn’t so difficult to attain.  Our reader picked up Andrews’ novel, because she wanted a light-hearted story after reading some tougher books.  She said she enjoyed reading Ladies’ Night.  “It was [sickeningly] sappy,” she noted, “but good.” 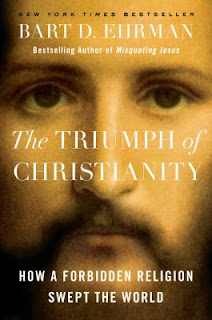 Switching gears back to nonfiction, Nevermore took a look at The Triumph of Christianity:  How a Forbidden Religion Swept the World by Bart D. Ehrman.  In his book, Ehrman makes an in-depth analysis of the earliest years of Christianity.  He dives into history, focusing on Christianity as it grew from the crucifixion of Jesus to its recognition of a world religion within the Roman Empire.  Although it only spans a few centuries, Ehrman offers a vivid image of Christianity as it grew and took shape as the official religion of Rome.  Our reader raved about The Triumph of Christianity.  He said, “I recommend it as the best book on early Christianity…that I’ve ever read.”  Beautifully written and infinitely thoughtful, Ehrman’s book offered a unique glimpse into the fuzzy history of early Christianity and provided a very tolerant analysis of conflicting viewpoints.  “[It’s a book that] doesn’t attempt to slam or discount others, rather it tries to explain and enlighten,” he commented.  He highly recommended it to his fellow readers, and it was quickly snatched up. 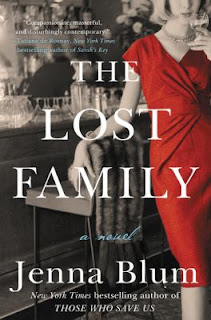 Next, Nevermore took a look at a brand new novel:  The Lost Family by Jenna Blum.  In her latest novel, Blum tells the story of Peter Rashkin, a survivor of Auschwitz who has managed to make it to Manhattan as the owner and head chef of a popular restaurant called Masha’s.  Handsome, tragic, and talented, Peter is one the most eligible man in town.  But Peter isn’t interested in the ladies who drop in to his restaurant, hoping to catch his attention; rather, he spends his days running Masha’s—and combating the guilt he feels over the death of his wife, Masha, and their two young daughters.  Then he meets June Bouquet and tries to let go of the horrors of his past, before they overshadow his future.  Our reader, who is a fan of Jenna Blum, said she enjoyed reading The Lost Family.  She found the story to be interesting and compelling in equal measures, drawing her in from the first page.  She passed it on to the next reader, who was eager to take it up.

Nevermore returned to a familiar subject with DNA USA:  A Genetic Portrait of America by Bryan Sykes and Genetics for Dummies.  In Sykes’ book, he takes a tour of the United States and charts the wide variety of genetic markers that make up America.  Interviewing genealogists, geneticists, anthropologists, and others, Sykes attempts to create a map of DNA in the USA and, inadvertently, helps redefine what it means to be American.  Our reader said he enjoyed DNA USA, calling it one of the more interesting reads he’s picked up this year; however, he noted, “It’s very dense, very technical.”  He picked up Genetics for Dummies in the hopes of understanding genetics and DNA USA better.  Of Genetics for Dummies, he said, “You’ll sweat this thing.” 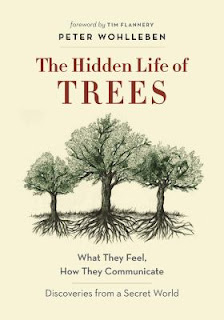 Nevermore rounded out with another book on observing and learning from nature, titled The Hidden Life of Trees:  What They Feel, How They Communicate—Discoveries from a Secret World by Peter Wohlleben.  In his book, Wohlleben makes detailed observations about trees and forests as a whole, creating an insightful and compelling argument that trees, like humans, are social organisms.  Our reader said she heard about The Hidden Life of Trees from NPR and, throughout her reading of Wohlleben’s book, she found herself simultaneously enjoying and learning.  She thought the book was interesting overall, and she highly recommended it to her fellow nature lovers, especially those who finished The Sound of a Wild Snail Eating.
Posted by BPL Ref at 11:05 AM