The first book up was The Shipping News by Annie Proulx.  The main character, Quoyle, moves back to the ancestral home in Newfoundland after the death of his wife, taking with him his two daughters, an aunt, and his dog.  There he takes a job writing for the local weekly newspaper, a publication which specializes in stories about accidents, abuse, and news about shipping.  Our reader said the book had great imagery, though there were a lot of Canadian terms.  One favorite description was of a “paint slobbered chair.” 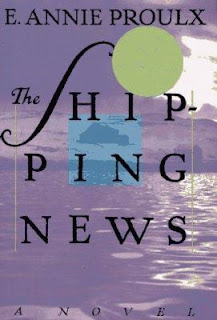 In Written on the Body by Jeanette Winterson, the narrator has fallen in love with a married woman Louise.  The book is brief—less than 200 pages—but our reviewer thought there was a lot to unpack in those pages.  It’s a bit heavy on the musings, but holds the reader’s interest as it presents a view of the mistakes one can make when you love a person and think you’re doing the right thing. 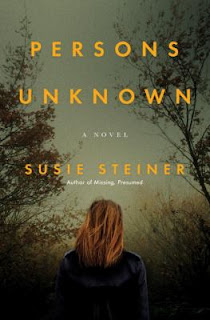 British thriller writer Susie Steiner made her mark with Missing, Presumed which introduced Det. Inspector Manon Bradshaw. In Persons Unknown, Bradshaw has moved from London back to Cambridgeshire in hopes of keeping her adopted son Fly from association with the wrong crowd and so that she can prepare for the birth of her child.  Fly finds village life difficult, since he is the only black child in school.  Then Bradshaw’s former brother in law is found murdered, and Fly becomes a suspect.  Our reader liked the strong blend of mystery and family life, and enjoyed the book. 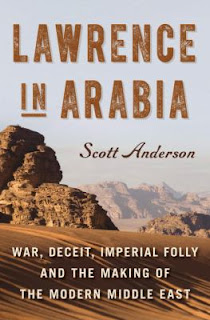 The first non-fiction book this time was Lawrence in Arabia by Scott Anderson, and it came highly recommended.  T.E. Lawrence was an archaeologist excavating in Syria before the start of the first World War, and he became Britain’s agent in the area.  There were three other important foreigners who were also pursuing agendas for their countries: American William Yale, a Standard Oil employee; German Curt Prufer, another archaeologist turned spymaster; and Aaron Aaronsohn, a Zionist who organized a Jewish spy network.  These four men had a profound influence on the Middle East, and our reviewer felt it did an excellent job of explaining the roots of some current situations. He said it was very informative and readable. 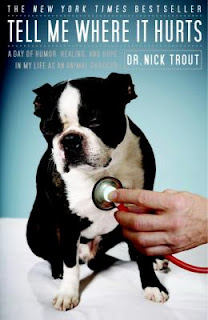 Finally, Tell Me Where It Hurts:  A Day of Humor, Healing, and Hope in My Life as an Animal Surgeon by Nick Trout was described as  a book “that looks sweet but it isn’t.”  Our reader felt that Trout regarded himself as a Vet God and found him obnoxious. The book was all over the place, she said, and she was definitely not charmed.
Posted by BPL Ref at 9:34 AM