First up this week was a feline classic:  Fur Person by May Sarton.  First published in 1957, the book tells the story of Tom Jones, cat about town, who decides to find himself a house and, of course, a housekeeper. The story is based on Sarton’s experiences with her own cat and has delighted generations of cat lovers with its observations.  Sarton was a journalist, novelist, and poet, and the quality of the writing reflects that.  Our reader loved it and recommends it highly. 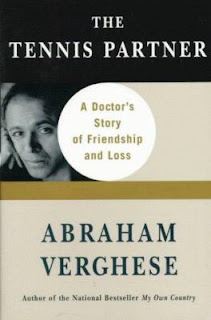 Abraham Verghese is a doctor who first made his mark as an author with In My Own Country, a beautifully written book about his experiences practicing medicine in Johnson City, Tennessee during the early days of the AIDS epidemic.  Our reader was impressed enough that she picked up second book, The Tennis Partner.  After moving from Tennessee to Texas, Verghese becomes friends with an intern who used to be a pro tennis player.  Verghese is passionate about the game and enjoys playing against the young man, but soon realizes how troubled he is.  Much of the book has to do with alienation and isolation, according to our reader, both without our communities, our professions, and even our own families.  The writing was wonderful, but our reviewer was haunted by the sense of loneliness that permeated the book. 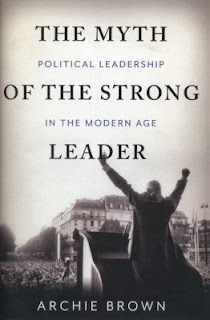 Archie Brown takes a thorough look at leadership in The Myth of the Strong Leader.  Our reviewer warned that this isn’t a casual read, but is geared more toward the academic.  A former professor at Oxford, Brown surveys a number of modern world leaders (he counts Theodore Roosevelt as the first of the moderns) and presents evidence that “strong” is not the same as “effective.” He examines the governing styles of a number of leaders, including several U.S. presidents, Charles de Gaulle, Neville Chamberlain, Josef Stalin, Nelson Mandela, and Deng Xiaoping. Described as thorough, solid, and dense, our reader felt Brown made the case that sometimes the best results are achieved when a leader commands from the middle of the pack instead of in front. 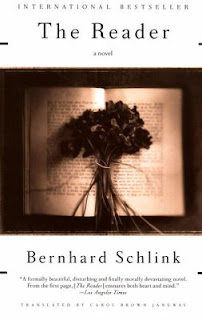 The Reader by Bernhard Schlink is set in post -World War II Germany and begins as a teenage boy, Michael, becomes ill in the street.  A woman names Hanna comes to his aid, and the two begin a relationship that ends when Hanna disappears suddenly.  The next time Michael sees her, she is standing trial in a courtroom.  Our reader said it was wonderfully written and heart-breaking.  She recommended it highly. Phil Knight, who created the Nike brand, also wrote his own memoir.  Shoe Dog is the story of how a mediocre runner had a vision of creating a shoe for athletes.  The book has received much praise, but our reviewer said she didn’t like Knight as a person so she didn’t particularly enjoy the book.  She felt he was particularly unkind to his wife. 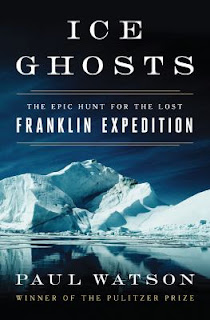 After John Franklin and his crew disappeared during their 1854 voyage to the Arctic, his faithful wife was relentless in seeking help to search for him. She financed several expeditions and offered rewards, but at her death in 1875, the crew and ships still had not been found. In 2014, photographer and journalist Paul Watson was on board an icebreaker which finally found one of the ships, the HMS Erebus. Our reader thought the story fascinating and the pictures amazing, but felt Watson was a better photographer than he was a writer. However, she invited others to judge for themselves by reading Ice Ghosts:  The Epic Hunt for the Franklin Expedition.
Posted by BPL Ref at 8:56 AM