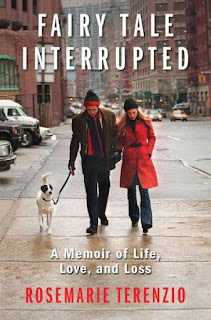 Reviewed by Nancy P.
July 16, 2012 was the thirteenth anniversary of the death of John F. Kennedy, Jr.  He died along with his wife and sister in law when his private plane crashed en route to a family wedding.  His former assistant, RoseMarie Terenzio, has written a spell-binding account of his last five years, telling a story that could only be told by someone who worked with him on a daily basis.
As a self-described ill-tempered, insecure girl from the Bronx, Ms. Terenzio backed into her dream job as personal assistant to the most famous man in the world.  She recounts her trial and errors, naiveté, the awesome highs and bitter lows as they worked to publish the political magazine George. Her easy style puts the reader in the same room with her, but is so exciting that it makes the book a real page-turner. I thought it was very interesting to see the private personality of a world figure who left us much, much too soon.
Posted by BPL Ref at 9:22 AM