Looking for a book for summer reading?  Take a look at some of these new books by local authors! 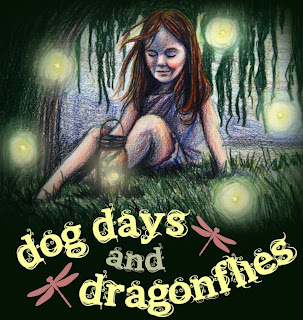 Chrissie Anderson Peters worked at Bristol Public Library for awhile before accepting a job at a college library.  She has been attending writing workshops for several years and has her work published in various magazines, mostly regional publications.  She’s self-published a collection of her work, including short stories, poetry and some non-fiction in Dog Days and Dragonflies.  My favorite sections were the ones in which she recounts memories of growing up in Southwest Virginia.  Her writing is graceful and evocative, and reminded me greatly of some of my own childhood.  The warm relationship between Chrissie and her grandparents is a joy to read.  The book is available through amazon.com. 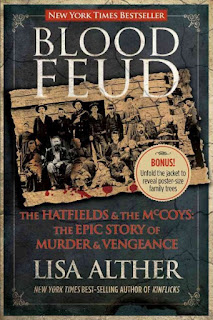 If you watched “The Hatfields and McCoys” on the History Channel and want to know the real story, then Kingsport native Lisa Alther has a new book for you!  After Washed in the Blood, her critically acclaimed novel about the Melungeons, Alther’s publisher suggested she write about the Hatfield-McCoy Feud.  Alther was vaguely familiar with the Feud but didn’t know she was actually related to one of the families until she was deep into her research. Alther said she wanted to try to present both sides of the story, both from public records and from stories handed down by the families. 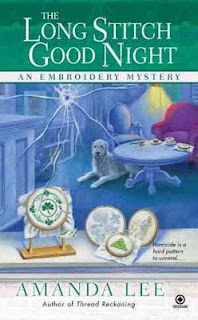 Amanda Lee aka Gayle Trent has a new Embroidery Mystery out, The Long Stitch Good Night.  It’s the fourth book in the series, but don’t let that deter you.  Marcy’s hunky neighbor, Todd, owns the pub The Brew Crew.  It’s a natural setting for a college fraternity reunion, but things go terribly awry and a man is shot.  Todd’s fingerprints are found on the murder weapon, and so are his friend Blake’s.  Marcy doesn’t believe either man could be guilty, and she’s out to prove it.  There will be another book in the series out in December:  Thread on Arrival.
Posted by BPL Ref at 9:41 AM