This month, we’ll be listing the top 15 books our patrons have put on reserve in February.  Several have yet to be published, even!  Without further ado, we’ll get to the list.
15. Loving by Karen Kingsbury
This is the fourth book in the Bailey Flannagan series and will be published in March.  Fans will want to start with the first book in the series, Leaving.
14.  The Look of Love:  A Piper Donovan Mystery by Mary Jane Clark
This is the second book in the “Wedding Cake Mysteries” by a former daughter-in-law of Mary Higgins Clark.  Her previous series was centered on a fictional news network and the reporters there, which allowed her to draw on her background as a former writer and producer at CBS News.

13. Home Front by Kristin Hannah
Although she’s been writing since the 1990s, it’s just been recently that Kristin Hannah has hit the best-seller lists with her well written books that deal with contemporary family relationships. In Home Front, a young couple’s marriage is already in trouble when the wife is deployed to Iraq.
12.  Unwritten Laws by Greg Iles
There’s still no word on exactly when this sequel to The Devil’s Punchbowl will be published.  Iles was severely injured in a traffic accident so the book has been delayed.
11. Left for Dead by J.A. Jance
Jance has several popular mystery series.  This one features former television news anchor Ali Reynolds.
10.  Cinnamon Roll Murder by Joanne Fluke
This is the newest entry in the Hannah Swensen mystery series. Hannah is a baker in addition to be a sleuth, and all the books contain recipes.
9.  Catch Me by Lisa Gardner
Gardner is a thriller writer who does both series and standalone books.  This is the newest entry in the DD Warren series.  The veteran police investigator has just returned from maternity leave when she’s approached by a young woman who believes she’s about to become a serial killer’s next victim.
8.  77 Shadow Street by Dean Koontz
The Pendleton was built in the late 1800s as a millionaire’s residence.  From the very first, the people who lived there tended to meet unhappy ends.  Now it’s become an apartment building, and the tenants have no idea just what they’re getting into.
7.  11th Hour by James Patterson and Maxine Paetro
The new entry in the Women’s Murder Club will be out in May.

6.  Celebrity in Death by J.D. Robb
Eve Dallas returns for her first of two cases this year; the second is due out in September.
5.  Deadlocked by Charlaine Harris
Word has it that this is the next to last book in the Sookie Stackhouse series.
4.  Kill Shot:  An American Assassin Thriller by Vince Flynn
The long-awaited Mitch Rapp book is finally out, after being delayed for several months.
3.  Killing Lincoln by Bill O’Reilly
The assassination of President Abraham Lincoln continues to fascinate, especially as we observe the 150th anniversary of the Civil War.
2.  Guilty Wives by James Patterson and David Ellis
This stand alone thriller from Patterson & Ellis will be published in March.
And the top reserve book is:
Private Games by James Patterson and Mark Sullivan
This is the third in Patterson’s new series about an international private detective agency. 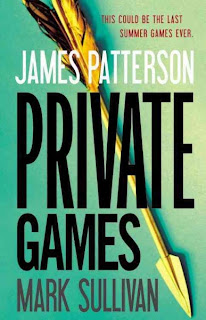