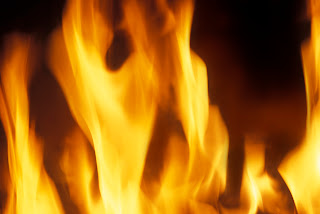 As in an earlier column, we're going to list the most requested books at Bristol Public Library and our Avoca Branch Library.  If you don't already have these on reserve, you can either call the library or put the books on reserve yourself through our website.


10.  Sleepwalker by Karen Robards
A policeman and a female thief find themselves running for their lives in this novel that mixes romance and suspense.

9.  Next Always by Nora Roberts
This is the first in a trilogy involving the restoration of an old house as a bed and breakfast.  Architect Beckett Montgomery comes back home to help his mother and brother with renovations, and discovers he's still attracted to his high school crush.
8. Longing by Karen Kingsbury
This is the third book in the Bailey Flannagan series which started with Leaving.  The fourth book, Loving, is scheduled to be published in  March. Fans of Christian author Kingsbury will want to start at the beginning.

7.  Locked In by Tom Clancy with Mark Greaney
Jack Ryan has decided to run for president again when a close friend is threatened by an unknown enemy.

6. Deadlocked by Charlaine Harris
This twelfth book in the Sookie Stackhouse series won't be published until May, 2012 but that hasn't stopped people putting it on reserve!


5. Unwritten Laws by Greg Iles
This sequel to The Devil's Punchbowl features the return of Penn Cage.  Unfortunately, Iles was severely injured in a traffic accident and so the book has been delayed until some time in 2012.  This book is subtitled "The Bone Tree;" volume two of Unwritten Laws  may also come out in 2012.

4. Kill Shot by Vince Flynn
Mitch Rapp has been working his way through the list of men responsible for the PanAm Lockerbie attack, but his next target proves to be a trap. Due to Vince Flynn's illness, the book was delayed but now Kill Shot is scheduled to come out on February 7, 2012.


3.Guilty Wives by James Patterson and David Ellis
Four women friends are invited on the vacation of a lifetime, to revel in luxury and indulge in whatever they please.  Then the police show up, accusing them of a shocking crime.


2. D.C. Dead by Stuart Woods
Stone Barrington is called to Washington to solve a murder-suicide, an job that reunites him with Holly Barker.

1.  Inheritance:  Or, the Vault of Souls by Christopher Paolini
The long-awaited conclusion to the Eragon saga-- enough said!
Posted by BPL Ref at 2:15 PM