Nevermore: Year of Wonders, Purpose of Power, Laced, The Splendid and the Vile, China Dolls 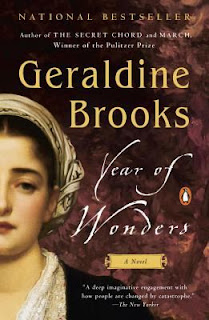 The first book up was Year of Wonders: A Novel of the Plague by Geraldine Brooks which, as the title implies, is set in London in 1666 at the height of the Great Plague. When a plague-infected bolt of cloth carries the disease into her small town, Anna Frith and the other villagers must confront the horrors of both disease and superstition.  This historical fiction novel was inspired by the true story of the town of Eyam, which quarantined itself during the Plague of 1665.   Our reader found this to be a beautiful but realistic story about the bubonic plague, and it helped her understand what it must have been like living during those times.  She highly recommends it. 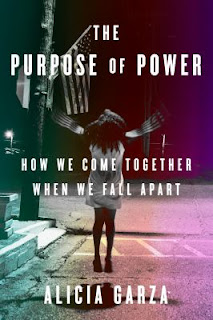 Our next reviewer is reading The Purpose of Power: How We Come Together When We Fall Apart by Alicia Garza, who is one of the founders of Black Lives Matter.  This book is more about Garza’s upbringing, personal growth and approach to community organization rather than a history of the Black Lives Matter movement.  Garza talks about her childhood, and her years of community organization and her nearly twenty years of community organizing work, and talks about the hard lessons that she had to learn and unlearn on the way.  While our reader is only part way in to this memoir, she would recommend it. 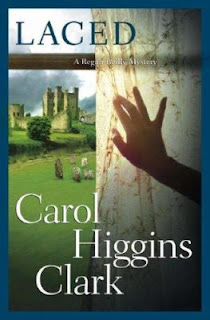 Laced: A Regan Reilly Mystery by Carol Higgins Clark has Regan Reilly and her husband Jack going to Hennesey Castle on their honeymoon.  The lovely Irish setting even has its own ghost story, that of May Reilly, who made a beautiful lace tablecloth for the castle but was never paid for it before she died in 1822.  Legend has it that May has haunted the castle ever since.  Ne’er do wells steal the tablecloth and the chase is on.  Can Jack and Regan catch the thieves and return the tablecloth?  Our reader loved this breezy, fun romantic mystery written by the daughter of Mary Higgins Clark. 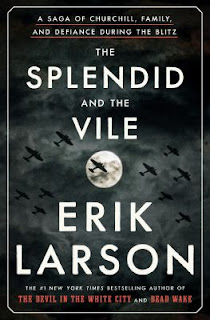 Turning back to non-fiction, the next book was The Splendid and the Vile: A Saga of Churchill, Family, and Defiance During the Blitz by Erik Larson.  This bestselling biography takes an in-depth look at the war time life of Winston Churchill and his family members as they deal with the onslaught of Hitler’s bombing raids.  Our reader did not realize how brilliant Churchill was and how close World War II came to having a very different ending.  She highly recommends this book. 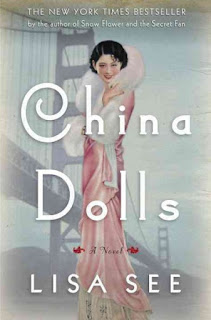 China Dolls by Lisa See is a historical novel about three Chinese-American friends in California and their intertwined lives before and during World War II.  Our reader was particularly impressed by the level of research that the author did while writing this book, seeking out and interviewing multiple “China Dolls” – that is, performers who worked in Chinese themed nightclubs as dancers and entertainers—to make the book more authentic.  Our reader recommends this book.