Nevermore: Hellhound, Long Haul, Have Dog Will Travel, World's Strongest Librarian, This Is the Way the World Ends 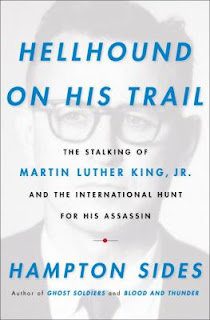 Hellhound on His Trail:  The Stalking of Martin Luther King, Jr. and the International Hunt for his Assassin by Hampton Sides kept our Nevermore reader enthralled.  The book documents how petty thief and conman James Earl Ray was influenced by the rise of George Wallace, and began stalking the Civil Rights Leader.  After King’s murder, it took 65 days for investigators to catch up with Ray, a hunt that lead to Canada, Portugal, and various other countries.  The book was thoroughly researched and contains step by step accounts of how Ray committed his crime.  She said that even though it was a time period she thought she knew well, she was still surprised by things.  This book is highly recommended. 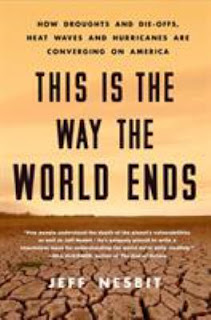 Jeff Nesbit’s This is the Way the World Ends is a sobering look at the effects of climate change. Extended droughts in some parts of the world are affecting food production while the number of powerful hurricanes hitting U.S. is growing.  Struggles over access to fresh water will have a powerful impact on human societies.  Our reader recommends the book but warns it may keep you up at night. 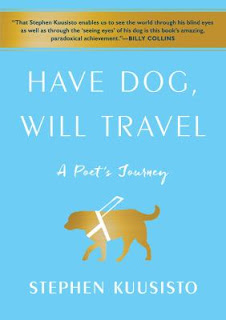 A more optimistic reading experience was provided by Have Dog, Will Travel by poet and memoirist Stephen Kuusisto. Born legally blind, Kuusisto was taught to try to hide his disability, a strategy that worked as long as he was in familiar surroundings. Losing his job, however, meant that he needed more mobility:  enter Corky, a Guide Dog.  The bond between the two is instantaneous and Kuusisto finds his life forever changed.  The book is beautifully written, and does an excellent job of describing how life is for a blind person.  It’s also a tribute to the bond between human and canine.  Our reviewer loved it. 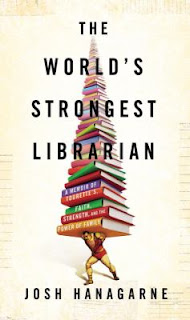 The World’s Strongest Librarian received a lukewarm reception from our next reader. Librarian Josh Hanagarne’s memoir of growing up Mormon and dealing with Tourette syndrome received good reviews for its candor, humor and insight.  Weight-lifting turned out to be one of the few things that helped, hence the book’s title.  The Nevermore reader was unimpressed, saying that it was confusing and not very interesting. 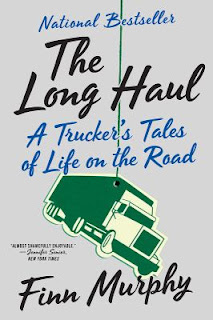 Finally, The Long Haul by Finn Murphy came up for discussion again.  This is the memoir of a young man who decided to drop out of college and become a long distance trucker. This beautifully written and insightful book has charmed a number of Nevermore readers with its humor and commentary on life, globalization, politics, and consumerism.  It was yet again highly recommended.
Posted by BPL Ref at 9:20 AM