Nevermore: Peach Keeper, Florence of Arabia, Overstory, At the Edge of the Orchard, Hand to Mouth, Poisonwood Bible 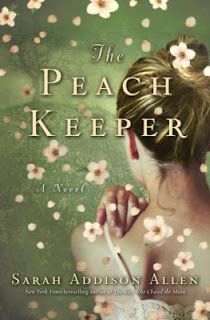 The Peach Keeper by Sarah Addison Allen provided a much-needed light, summery read for one of our Nevermore readers this week. Willa Jackson and Paxton Osgood have known each other for years, having grown up in the same small town although not necessarily running in the same social circles. When Paxton buys and restores the old Jackson family home in order to open an inn, history rises to the present in the form of a skeleton found beneath a peach tree. Allen weaves stories together from generation to generation, creating a captivating atmosphere of friendship. 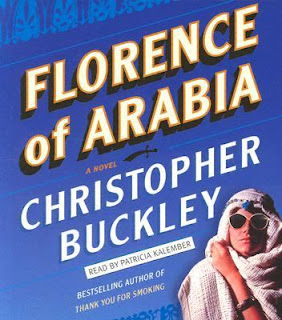 Following with more fiction, another reader thoroughly enjoyed Florence of Arabia by Christopher Buckley. Clearly satire, this novel approaches Arab-American relations with a level of irreverence sure to enchant and/or offend its readers. In the country of “Wasabia,” a junior diplomat decides to try to fix the injustices of the Middle East by granting full citizenship and rights to women. Our reader found some references to other countries very obvious and some rather subtle, and altogether funny. 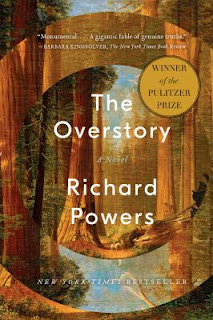 In somewhat more serious fiction, our next reader described The Overstory by Richard Powers, winner of the 2019 Pulitzer Prize in Fiction, as an awesome book. Beautifully written, this novel examines the natural world through a series of connected stories. As nine different characters are moving through their separate lives, they each discover a connection to trees. Our reader was enthralled by the relationships between the people and trees, and how the manner in which trees live, grow, and even communicate with each other mirrors the interdependency necessary for human survival. 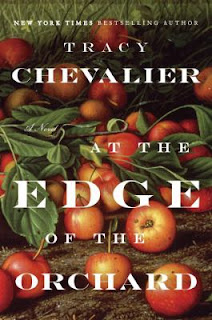 At the Edge of the Orchard by Tracy Chevalier is a frontier story, with James and Sadie Goodenough settling in Ohio in 1838. Their son Robert escapes his difficult family by moving westward with the California Gold Rush. Trees popped up here again (as you might guess from the title,) as the characters were involved in shipping saplings and seedlings from the West Coast to England. Our reader said that it was a very enjoyable book about starting anew.

The discussion then turned to non-fiction with Hand to Mouth: Living in Bootstrap America by Linda Tirado. This is a real working poor memoir by a woman who details her struggles of maintaining multiple jobs while struggling to keep her family above water. Our reader felt that this was a perspective not usually seen, and that the author had done a good job of raising her children to learn for themselves and to be curious in life. Much discussion ensued, with various readers weighing in with their opinions on how the author had included a running commentary on how important cigarettes were to help her get through another long walk to work or to steal even a moment of
relaxation. 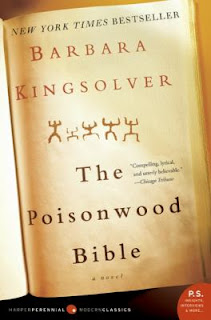 Lastly, another reader admitted that she was still in the middle of but still enjoying The Poisonwood Bible by Barbara Kingsolver. This epic tale is spun from the perspective of a Baptist missionary’s wife. Nathan Price is dispatched to the Belgian Congo in 1959 along with his wife and their four daughters. Our reader’s main comment thus far was the fact that the wife sees how terribly her husband treats his family, but she still believes in his mission.
Posted by BPL Ref at 12:33 PM