All There Is & The World of Charles Dickens

Reviews in Brief by Jeanne 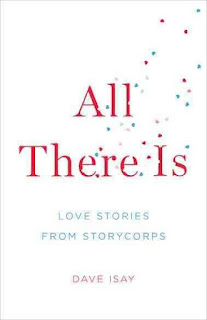 Storycorps was begun in 2003, based on the simple principle that everyone has a story to tell. Since then, they have collected more than 40,000 interviews which are being preserved in the Library of Congress.  If you listen to WETS, the local NPR station in Johnson City, you may have heard excerpts from some of these stories.  The subjects vary widely, from an elderly man remembering his first job as a paperboy to a child remembering her fight against a life-threatening illness.  Some are funny, some sad, some profound, but all are slices of the human experience. In most cases, the interviews are done by friends or family members: a child interviewing a grandparent, a son asking questions of his father, two sisters talking about life in the Great Depression.
All There Is:  Love Stories from Storycorps collects some of the most memorable of these stories along the theme of love:  Love Found, Love Lost, and Love Found at Last.  Some couples knew immediately they were meant for each other; some had arranged marriages; others started out as friends; but all have a unique story to tell. One of the most moving stories for me was from the woman whose husband is still living but who is suffering from Alzheimer’s. Other stories could be tragic but end with such hope and optimism that I couldn’t help but smile.  “Love stories for people who don’t read love stories” is the way the Publishers Weekly review summed it up and I can’t do any better. 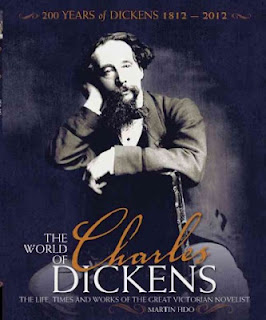 2012 marks the 200th anniversary of Charles Dickens’ birth, which is as good a reason as any to revisit the works of this most popular writer. Dickens’ influence has remained strong while many of his contemporaries’ works have fallen out of the popular consciousness.   The World of Charles Dickens by Martin Fido is a lovely little survey of the author’s most popular works along with biographical information and historical context.  The book is well-illustrated and includes drawings and photos from various editions and productions of the works, as well as Dickens’ life.  Fido concentrates on themes and influences in individual works rather than plot descriptions; in the section on The Mystery of Edwin Drood, Fido comments that to understand the problem of the mystery and possible solutions, “we must, alas, laboriously summarize the plot.” There are sections about the police, revolutions, religion and other matters which figure into the stories.  The tone is critical (in the sense of examining, not negativity) but not so scholarly as to bore casual readers.  In short, this is a quick refresher course in Dickens, so one can nod knowledgably and say, “But of course, there is no longer any real doubt that he was carrying on an affair with Ellen Ternan” or “The missing heir is vital to most of Dickens’ stories."  It helps that Fido has a sense of humor, too!
Posted by BPL Ref at 12:14 PM